What is happening now in the Collective Unconscious and Akashic Record 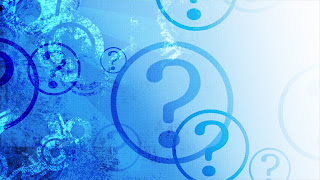 This topic seems to be on people’s minds lately – what exactly is the Collective Unconscious? Since it is something not readily visible the answer is somewhat elusive, and perhaps perceived differently by each individual.

The CU is not the Akashic Record, which is a record on the spiritual plane that has information from the past, present, and future about everything and everyone who ever existed, and every event that has occurred.  Rather, the CU is a connection that we have to the unconscious mind of all living – and non-living things. Yes, stones, mountains, and even planets have a consciousness as well.

There are two methods to successfully connect with the CU. The first method is connection through meditation. By reaching a trance-like state during meditation, a person can connect to the CU through intent. This is a form of telepathy. Questions may be asked of the CU and answers will likely quickly come back in the form of pictures or words, or both. The best types of questions to ask the CU are those having to do with society in general, the health of the planet, earth changes, and those subjects that have an impact on a large number of people rather than specific questions about one person or thing. It seems that the more people who are affected by something, the stronger the vibrational impact on the UC and the easier it is to connect to it.

Part of the reason why this works is that even if people are not consciously aware of something the subconscious mind is aware. For example, an earthquake will occur within 24 hours and affect a city. Some of the people living in the city may have dreams of an earthquake, or visions during meditation prior to the event. The event has not yet occurred on our timeline, but it is in the Akashic record which is accessible by the CU, therefore, people have premonitions about the event. The people who have dreams or premonitions likely have had an ongoing practice of meditation and connection to the CU. 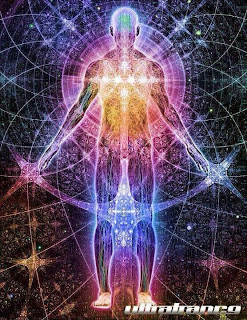 The second method to connect with the CU is through Etheric Viewing. This method requires sending the Etheric body out to connect with the CU, which is sometimes easier to do than deep meditation. EV is a method I developed on my own and originally termed Remote Viewing. However, RV is quite different than the EV method in that the person who is Remote Viewing must do the work with another person in the room and have no knowledge of the target whatsoever. With EV the person sends their Etheric body (non the Astral body) out through their third eye or psychic center located between the eyes in the center of the forehead while simply being in a relaxed state.

The Etheric body has the ability to see things that the physical body cannot, and it is not limited to working only while the physical body is asleep as is the case with the astral body. Images or words are obtained very quickly. I my experience the Collective Unconscious appears to be a light gray colored fog while the Akashic Record appears to be a web-like structure of dark lines in random patterns at multiple levels.

In using EV and meditation as of late, what I’m picking up in the CU is somewhat unsettling. It is as if there is a disturbance in the force, if you will. Things are mixed up, re-routed, and riddled with miss-information. It looks like everyone knows something BIG is about to happen, and there is a lot of fear about this as well. In the U.S., the CU is very divided. The truth about our country and society is coming out and society is mad about how they have been deceived. This is coming from all sides, all religions, all political parties, etc. and this has created a lot of frustration in the CU. This can be observed in TV interviews about the current marches and riots – the people don’t even know the reason why they are upset in many cases.

This general feeling of disharmony is not reserved for the citizens of the U.S., and unfortunately it is worldwide - in some areas it has been the status quo for centuries but now is much worse.
For the U.S. I can make this prediction. There is something big, an October surprise if you will, that is already in the works. The veil will soon be lifted and all of the world will be shocked by what is coming. I know this does have to do with the election, but it is much more than that – perhaps a world changing event such as an asteroid, or gigantic earthquake such as the New Madrid which could set off earthquakes worldwide. Or this could have to do with extraterrestrials. In viewing ET craft over 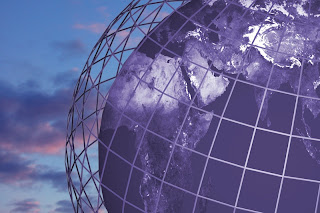 the past 15 years, there is a marked difference in the number of craft in the sky, and outside our atmosphere. There are more reports coming in to UFO databases than ever before. The ETs are making themselves more visible and likely on purpose in order to get people prepared for contact. When I use EV to send my consciousness outside of our planet and look back at it, there are now thousands of man-made space stations, huge ET motherships, and smaller craft zooming back and forth from the planet to the bigger craft. They are not here to destroy us, but rather to help the planet through an event or to protect it from a threat.

Let’s face it- if ETs wanted to destroy us they would have already done it. While there are some “bad” guys, the good guys are policing them on a regular basis. In some EV sessions I’ve witnessed threats being destroyed or pushed away.

What does all this mean? Does it mean we are doomed? No, actually, it does not. Even if the entire planet were destroyed due to an inter-planetary war or catastrophic event, all that would mean is that we would all leave behind our physical bodies, and move on with our six light bodies to the fifth dimension. Then we would continue our soul’s journey either into another physical body on another planet, or remain in spirit form to do work on that plane. So it is not the end of the world, even if it is the end of the world as we know it.


But in order to survive a lesser catastrophic event we need to be prepared for anything. This means having at least a 12-month supply of food, water, supplies, and protection and means to grow your own food. Get out of the cities and into the countryside if at all possible. Be ready to take care of yourself.

Margie Kay is the author of Gateway to the Dead: A Ghost Hunter's Field Guide, Haunted Independence, The Kansas City UFO Flap, and other books. She is the editor of Un-X News Magazine Online and this blog. Contact her at margiekay06@yahoo.com.