The following is an account of how I came to a conclusion about messages from ancient aliens, which are already here and waiting for us to decode.

It all started when I was 10 years old and picked up a string bass for the first time- I had a natural ability to play the instrument, and eventually became obsessed with it, practicing for hours on end.  Fiercely competitive, I became first chair in all of the orchestras I played in, and was the only jazz bassist to be accepted in the jazz bands in high school and college. 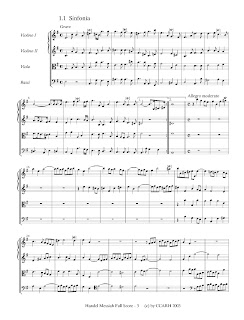 One day, while playing in my high school orchestra, along with two other orchestras from different schools for a large audience something very strange happened.  We were playing the last piece - Handel's Messiah- for a large audience made up mostly of family and friends when I suddenly felt a warmth and energy penetrate through the bass into my solar plexus, and felt a shift of my consciousness to my right side.  My body continued to play the piece, yet I no longer looked at the music but straight at the conductor, who gave me a funny look (this piece is difficult and is not normally memorized). I can only describe the situation as having dual-consciousness, both inside my body playing the instrument and outside of it to the right.

Next, I saw streams of color emanating from each instrument and player to the audience.  The color and width of the stream corresponded to the vibration the instrument was producing, for instance, the violin had a thin stream, and the basses had very thick streams.  I was mesmerized by the beautiful colors, and watched s they went out to the audience and danced around, or went inside of people's bodies.  Some couples even shared the colors back and forth.  Then a voice said "You are watching healing take place," and the energy slowly left, as we just finished the music.   This event was the catalyst for my interest and study of music and color for the next 30 years.  It was not, as the saying goes, any coincidence that I am a musician, or that this event happened, and the full meaning of it did not become apparent until just two days ago. 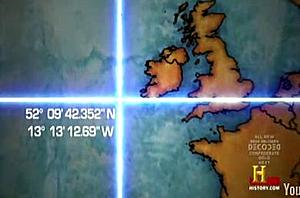 On Wednesday, June 19, I was watching TV when the show Ancient Aliens came on.  It was an episode I'd seen before, so I skipped it and watched something else.  I was just getting ready to go to bed and just flipping through channels at 11:00 PM when the show came on again.  This time I heard the voice of Thor (see my other posts on Thor for more info) say "You need to watch this show."  By now, I know that I need to do what he says, so I watched.  This is where things started to come together. They talked about the Rendelshem Forest incident, where Jim Penniston touched a UFO and saw a vision of 0's and 1's, and wrote down what he saw.  30 years later he had it decoded by a binary code computer program and there was a message in it - "Exploration [of} Humanity (coordinates for a location off of Ireland where an ancient island once was inserted) Contin[nuous] for planetary advan[ce}.

Next, the show hosts discussed our DNA, and how only 5% of it has been decoded, but the remaining 95% is being called "junk" DNA by science.  They postulated that perhaps our DNA IS CODED WITH INFORMATION FROM OUR CREATORS. 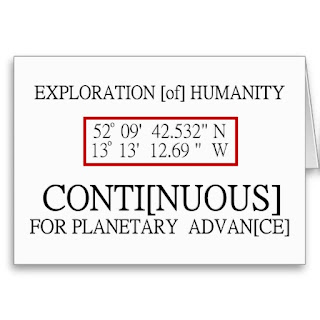 At that point, I was instantly back in a college music class, when we learned that many of the great composers - Handel, Brahms, Mozart, etc. confessed on their death beds or before that they received some of their great works from Angels or Higher Beings, and that they only listened to the music, then recorded it.   A few years later I heard that Nicola Tesla was walking through Central Park one day, humming a song from one of the great masters (I can't recall which one) and suddenly had the idea for some new fantastic invention.

That is when it hit me like a ton of bricks: THERE IS CODE IN MUSIC.  I was shown a vision of a score of music, and it being decoded using binary code (-0's and 1's), from the works of the great masters who claimed they got their music from higher beings.  What better way to place messages than in music, which is mathematical?  This would explain why Tesla's scientific/mathematical brain decoded the music for him, showing him a new invention, and he may not even have been aware of it at the time (or perhaps he was).  Did Tesla receive information for all 40 of his patents this way.  Did the father of AC current and Radio get his information from higher beings who gave this information to humanity for our advancement?

Now, my next project - call a friend of mine who writes binary code, (no coincidence that we met) and ask him to decode a score of music to binary code.  I'll keep you posted!

A Visit to Thor's Ship

As I was just going to sleep on Friday night,June 7, and being very tired after doing my radio show and looking forward to some rest, I suddenly saw a metal horizontal curved tube with a glass section that showed some type of liquid inside the tube.  I pulled back to get a better view, and saw that this was a very large, long tube that was attached by bars to a large structure.  I then heard a female voice and saw a tall woman with red hair and green eyes speaking to me telepathically.  She said her name was Teal.  I immediately kmew who she must be, as I'd recently been speaking with Craig Campobasso about Thor and his crew, and he said that one of his senior staff was named Teal.

She then began to take me on a tour of this large craft, showing me different levels.  This ship is a part of the Galactic Federation and Thor is the Commander.  I did not see him during this visit. Starting at the top floor, I saw green plants, fruits, and vegetables everywhere, Teal explained that this was all done through hydroponics, and water flowed through tubes through the roots, to keep the water fresh and bring nutriants to the plants.  There were skylights overhead that could be opened during the day, and when there was no sun, these closed and full-spectrum lights were used. These plants fed the entire crew and any visitors that came on board.  I saw no meat of any kind and realized that these beings were complete vegitarians.

I was then shown the next level down, which had sleeping quarters and recreation areas, and a library. There were people walking around - some glanced our direction, but most just went about their business.
The "main" level had large open spaces, meeting and conference rooms, and more quarters- larger than the upper level quarters- for the high-ranking crew members.   I should mention that almost everything in the ships construction was a shiny metal -- I asked what it was and was told "pure aluminum that has been polished." There was also decorative woodwork around the craft, which combined with the aluminum reminded me of 1950's modern decor.  It was very beautiful.

I was not shown the lower level, but told that is where the waste reclamation center and power generators are.  Teal said that the craft is in a specific location, as mentioned in Dr. Stranges book Stranger at the Pentagon, and that they chose this spot because there is a natural aquifer under the ground which they are able to tap into for water for the ship and crew.  They keep the craft cloaked so people don't see it.  Smaller craft come and go, and the large craft is usually left in this location, but does go out on occassion.

Teal then took me to the center of the ship, where we entered a circular corridor with a railing on it, and looking up and down it was a large, approximately 20' wide center that I could not see the top or bottom of.  Teal told me to back up and observe the center of this section, and then we watched as a vortex of energy began at the bottom of the craft, and at the top, then met in the center.  I don't know if there was something physical that I saw moving, or with my third eye, but it was waves of energy building up, then when they met in the center, a pulse started moving up and down at a faster and faster rate of speed, until it was nearly invisible. I heard Teal say something about gravity waves and magnetic field generators, but not being a scientist I don't have an understanding of that.  Teal said I should get more ecucation in science, having read my mind!

I then had a vision of the ship in flight, and this propulsion system caused a light to be generated around the entire exterior of the craft, illuminating it as if from within, but it was only from the outer shell outward.  The pulse being generated can be see in the pulsing light.  Teal explained this is why some craft are seen as "balls of light or orbs", when in fact the craft themselves are they typical saucer shape.  It is only during landing or short travel that the propulsion system is slowed down so much that the glow around the craft dissapears.

Teal explained that information such as this would continue to be given to me on a regular basis for my book about my encounters with Thor.  As this information comes in, I will post it here, and combine it for publishing later this year.
at June 12, 2013 No comments: