Last night as I was trying to get to sleep at about 11:00 PM I suddenly started hearing a voice talking about worm holes and seeing a vision or picture of them as well. The male voice was either Thor or one of his crew.  I had a vision of a tall blond man.  This was startling to say the least, as I had not been thinking about anything of the kind, and for this information to just come in like that was a little weird. I've received information before in bits and pieces such as Mayan symbols, but never in this much detail. I will attempt to write down what I heard here: 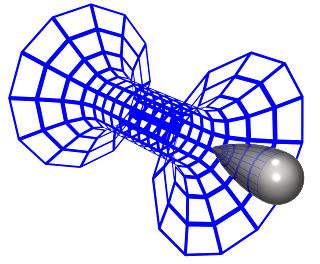 “There are different levels of worm holes, or 'jumps' as we call them, with the smallest being on planets and used to get from place to place on the planet, and the next level called 'planet jumps' because they enable one to travel from planet to planet within their own solar system. These are naturally made, and is is not usually necessary to create a worm hole, although it can be done. The entrance to the planet jumps are located just above the outer magnetic field of the planet, which stabilizes it, and the exit point is also located there on the positively charged side. The entrance is done at the negatively charged side. The worm holes themselves are magnetic fields with a gravitational pull being exerted on them from the planets, and stopped by the magnetic field of the planet. The worm holes get their energy from the Sun and energy that permeates the universe. The jumps are of a higher vibration and not visible to the naked eye (except for those who use their sixth sense and are looking for them), but they are perceived by instrumentation. 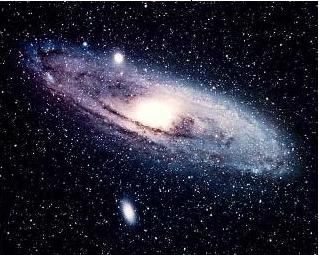 The next level is the solar system level, where jumps can be made through larger, stronger worm holes that are located at the edge of the magnetic field of the sun. This is why many craft are sighted near the sun. The jump is made to another sun in the same galaxy.

The final and largest level is at the galaxy level, and this worm hole is at the center of every galaxy, which you know as a black hole. This has a very large magnetic field and will exit at another galaxy.”

I asked the question “How does the worm hole know which planet, solar system, etc. send you to?” And received the reply:

“This is done through telepathy. The people going from one place to another concentrate on their objective, either with their minds or by looking at a picture of the planet, etc.”

I asked “Does anyone on Earth know about this?”

Answer: “Yes, your scientists, NASA, the military, etc. know of their existence and have used them for many years.” They need to know where the jumps are located in order to avoid them during space missions, except for the missions which use the worm holes to travel elsewhere purposely. Mars is the planet visited most frequently in your solar system due to its potential habitability.”

Q: “Do all planets have an entrance/exit to a worm hole?”

A.”Yes, this is a natural part of the solar system. There is one located at each planet, and each sun, and at the center of each galaxy.”

Q: Can one craft travel one way and another craft travel in the opposite direction inside the worm hole and not crash?

Q: Can a person travel through a worm home just by himself or does he need to be in a craft?

A: For the jumps that are located in space, yes, they need to be in a craft in order to survive. For the smaller ones on the planets, as on Earth, it is usually done in a vehicle, although it would be possible without a vehicle since the person would be on his home planet. The worm holes on the planets are located at the North and South magnetic poles and at certain key locations that are power centers on the grid.

And the voice adds: The worm holes are also used to travel to other dimensions.

Predictions of Earth Cataclysms to Date

Some of the cataclysims I predicted in 2012 have come to pass.  The recent volcanic eruption in Alaska is one of them. I saw this in several visions since the first writing clearly as a volcano, and notified at least 3-0 people about this ( I should have posted it here). As the time got nearer, the event was more clear.

The second event that has come to pass is the asteroid that exploded over Russia, leaving a small piece in the ground.  This was a huge explosion that thankfully occurred in the atmosphere rather than on the ground.  In remote viewing this, I see a laser weapon being dispatched, which was perhaps something from our ET friends watching out for us.

Now these two items were not in order from my visions as reported in 2012.  However, I believe it is worthwhile to consider that the other predictions of future events may indeed come to pass, a
nd that people in regions that could be affected should be as prepared as possible. 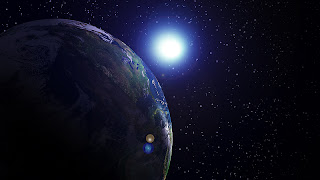 1.) Earthquake or volcano in Alaska - this will be very large and affect a large area, so I'm leaning towards an earthquake happening near a volcano. I hear the number 8, so it must be an 8.0 or higher.
2.) After this event, an earthquake in the 7-8 magnitude or a 7.8 magnitude will occur in southern California.  This will be quite devastating and a huge opening will be seen in the earth. People will talk about it happening in the same place before. This will occur on a Full Moon.
3.) Next is a volcano in Italy.  The geologists are not surprised at this and will warn people before the event occurs, however, not everyone will be able to get out of the region in time.  I see lava going into the sea.
4.) Yellowstone Volcano and earthquakes.  This will be a "small" volcano, not the BIG one - this one will be larger than Mt. St. Helens was, however, and it triggers...
5.) The New Madrid Fault.  I've been seeing this vision for over three years.  All of the brick buildings and many of the newer steel buildings come down in Nashville, Memphis, and St. Louis.  All of the bridges are out over the Mississippi river for miles and miles and commerce is brought to a halt going east and west. The entire country is affected by this, and no food or gas is available.  I highly recommend being prepared and stocking up on food, supplies, and water. Get a water collection system and a wood-burning stove and stock up on wood.  The devastation is too much to recover from and FEMA and other governnent agencies are unable to help everyone.  The body count is astronomical.  The Mississippi river reverses flow and causes the Missouri river to flood.  The Mississippi changes course in several areas and a huge flood occurs in the southern states.  If you live near the river - please move away from it.  And think about security.  I see riots, stealing, and roaming bands of thieves.  Many people will be picked up and taken to FEMA station and jails, especially those people who have no food and can't take care of themselves.  Get prepared. It is a good idea anyway, even if this does not happen - and I'm hope I'm wrong.  I keep hearing 10.0 , 10.0. That is either the size of the quake at New Madrid or a quake that occurs in the Pacific ocean that triggers the New Madrid fault.
6.) I see ALL coastlines in the entire world flooded and cities wiped out.  Please do not live on a coast line.
7.) This one is very hard to write about.  I was visited by an ET in May of 2011 who took me aboard a craft and showed me a screen with the earth on it as seen from space.  A very large fiery object hit the planet somewhere in Northeast Russia and rained down fiery rocks for miles.  The impact crater is miles across. This changes everything. Many people are killed, but it is not the end of the earth, the earth will remain.
at May 26, 2013 No comments: