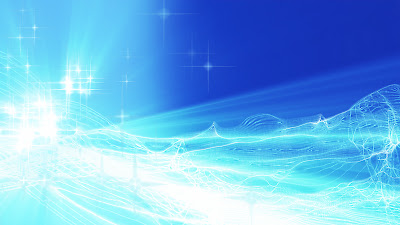 Ever since I attended the Star People Gathering in Warsaw, Missouri where we called in the Star People on Oct 14 I have been hearing these strange tones.
It sounds like a mechanical mid-tone, with a low wa wa wa undertone, then a higher harmonic over it.  My husband even heard it two nights ago and asked me what the sound was.  It almost sounded like a train, but we decided it wasn't.  I started hearing this sound the day after our event and it has gotten louder and louder.  It is not a constant thing - only intermittent.  Today the sound came over Skype during my radio show and we could not get rid of it and had to cancel the show!  It was not audible except through the headphones.  I have a recording of it which I'll post on my website at margiekay.com in the next few days.
I feel that this is not something mechanical, rather that it is something spiritual or from the other side, and since it has only been happening since the gathering I wonder if it is not connected.

Several people have contacted me about strange sounds they are also hearing. One woman said she heard something like a mechanical horn blowing in the middle of the night unlike any sound she has ever heard.  Another said she heard a loud wa wa wa sound, similar to the tones I'm hearing.

I've been hearing single tones in one ear or the other since early childhood, and each time I hear it, I think of other-worldly communication.  As a child, I would instinctively look up at the stars when I heard the sound.  This was before I ever heard about UFOs or ETs.  However, the sounds occur more frequently now than the used to - instead of once or twice a year, they happen weekly.

I wonder if this isn't part of the transition to a higher dimension, spiritual awakening, and contact with higher realms.

The color blue seems to be associated with this tone and the transition that it taking place.  This would make sense since blue is a very spiritual color and high vibration.

Hello Ms. Kay,
Let me begin by stating that I had never heard of you until yesterday, 11/18/12. I'm not a person that follows paranormal happenings though I have an open mind.
On Sunday evening 11/11/12 at around 11 pm I began to hear a sound. It was extremely faint as if from a long distance, started very low, very slowly raised in tone and then very slowly fell back low again. It would drop low to nothing and then very slowly come back up. I went out to my shop, came inside, took a shower, laid down with my wife who had gone to bed earlier, and heard it the whole time, for perhaps 30-40 minutes. At one point I asked my wife "Do you hear that sound?" and she replied  no. Our dog was sleeping in his bed next to ours and didn't stir. I drifted off to sleep and that was it.
The whole time it was happening I had this abstract feeling of warning though that could have been because it sounded like a very slow siren to me at the time.
Then yesterday a friend who is very much into UFOs sent me your predictions blog, he wanted me to read "The Light". I read all of your pieces and was struck by "The Tone" and also your reference to 11/11 further down the page. I make no suggestions as to any meaning to this but I am a little shook up. I am actually wondering now if I even heard it with my ears but I perceived it as a sound.
I will say that my mother's family has a history of precog in varying degrees. Mom, myself and my son have all had feelings or experiences, we don't talk about it much, just accept that it is.
I don't wish any notoriety from this but I felt strongly that I needed to share my experience with you.
Best regards, 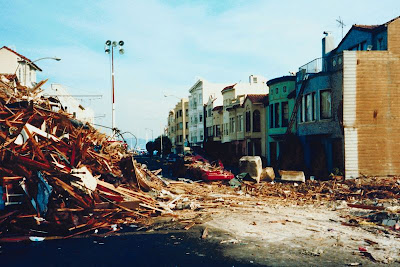 I've now come to the conclusion that some of us have the physical ability to predict earthquakes.  It is not an exact science by any means, but something that scientists should be investigating.  I know of six people now who experience dizziness  nausea, and headaches prior to major earthquakes.  In my case, it is 24-36 hours before the event occurs.  My daughter experiences the same thing, and just prior to the large Japan quake last year I could not walk without assistance, and she could not get out of bed for three days.  The larger the quake, the more severe the symptoms, but it also has to do with the depth of the earthquake as well.  The deeper the quake, the less severe the symptoms. However, the problem is that we cannot tell where the event will occur, only that it will occur.  Does this mean that we are picking up changes in the Earth's electro-magnetic field all over the globe?  Is there some way to measure this with electronic equipment so that scientists can predict quakes?  Perhaps the physical symptoms some of us have are just the precursor to an even better, computerized piece of equipment to come?

We all know that prior to an earthquake, more dogs are reported as missing.  Is this because there is a change in the Earth's magnetic field?  Is this flux what causes symptoms in some humans as well?

Four days ago I began to experience dizziness and mild nausea  Then there was a 5.0 quake.  The symptoms did not go away, and in fact, got worse, and look what has happened in the past two days.

http://quakes.globalincidentmap.com/
What I'm suggesting is this: If human beings can detect changes that are precursors to earthquakes, why can't science develop equipment that can do the same thing, only better?
If you have symptoms prior to earthquakes, please contact me at margiekay06@yahoo.com to join a research project we are working on.
at October 09, 2012 1 comment: 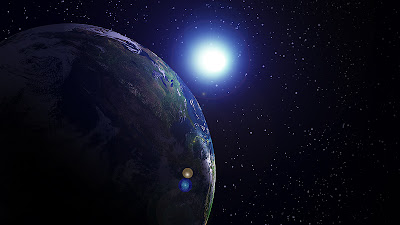 In speaking with other people lately who are getting the same messages that I am, I've come to the conclusion that I'm right about my earlier predictions regarding a major Earth shift happening now.  If you take a look at all of the recent reports of "A bright light in the sky," " A wheel within a wheel," "A flashing bright light with multiple colors," it is obvious that there is something unusual going on.  All of these reports are so similar- so could they be the same thing in different parts of the world?

I was focused on the high number of reports from the Kansas City area alone starting in late April of 2012 while taking UFO reports, but it didn't take long to realize that these sightings are occurring on a national and international level.  I've seen "The Light," myself, as we've come to call it, at least a dozen times, including last night with five other witnesses right after a UFO meeting in Westport.  The Light is a brilliant white, blue, red, and sometimes green object that looks like it is spinning.  It could be dismissed as a star or planet if the watcher didn't stop to really look at it, but after a few minutes of watching, it becomes obvious that this is no normal celestial object and the flashing is not caused by refraction in the Earth's atmosphere.  A check with a sky map indicates that it cannot be a star or planet.

The Light has been seen in all parts of the sky at different times of the night, and in some cases, two or three appear at the same time in different parts of the sky.  Some witnesses have seen other smaller objects going to and from the larger light or object. Others, including a group of witnesses in Blue Springs, Missouri, and  KCTV 5 News reporter Dave Jordan, have seen the light remain stationary for hours, only to speed across the sky in one direction, then back again to its original position.  Other witnesses, myself included, have seen very bright red and white horizontal beams of energy flashing across the sky.  They are so brilliant, that it is blinding.

What are these objects?  According to investigative reporter, Linda Moulton Howe, one man claims that the light came down around him and he felt an angelic presence.  He heard a message "The Sleeper Must Awaken."  This is the EXACT SAME MESSAGE that others have told me they have heard, and I know that the witnesses don't know each other.  Another message coming in is  "The Time is Now."  UFO contactee Ray Kosulandich in St. Louis Missouri, got that message at the same time I heard it in Kansas City, Missouri during meditation in 2011.  What do these messages mean?

Could it be that a higher intelligence is here to assist us as we move to a higher vibration?  Are we now moving to the Fifth Dimension, which at it's peak will be December 21, 2012?  When I remote view this, I hear "look at a microscopic level."  Is some dormant part of our DNA now awakening?  Are these higher intelligences here to assist us through the transition?   This is the message that I've been receiving for five years and now it looks like it is coming to pass.

Earth changes are a part of this. We've already seen the increase in the number of large earthquakes, tsunamis, and hurricanes.  This, I have been told through telepathic communication with higher beings, will continue to increase, with the largest quake coming in at a 10.0 at the New Madrid Fault.  It is all a part of the natural order of things, and has to do with our position in the galaxy at that time.  Messages that came through me in an ancient Native American language indicate similar messages (see my other blogs on this topic) and urge "the people" to return to the home of their ancestors, which is the Black Hills.

My ET contact, Mantis, told me that the ET's are making themselves known to everyone in 2012.  He hasn't said anything about a reason why, but I suspect it is because they are here to assist us in the transition.

On the next clear night, go outside at dusk and look for the first bright star you can see.  Watch that light for a couple of hours and then report back to me what you see.  Write me at margiekay06@yahoo.com.
at October 09, 2012 No comments: